Well its been a busy start to the year. I haven’t been racing as much because it is frigid out of course, but I did complete 2 races in January:

NYRR Joe Kleinerman 10K January 10, 2015
Call me crazy, but I am doing NYRR’s 9+1 program again. Just in case I have soooo much fun doing the NYC Marathon this year. I’m keeping my options open for 2016. Plus there are at least 7 of their races that are must runs for me, so I may as well add another 2 and volunteer to get guaranteed entry for 2016.

This had to be one of the coldest days of the year. I really don’t know how I survived it! I mean everything on me was frozen. I literally could not move my face and my fingers, forget about it. They felt like I had frostbite (not like I know what frostbite feels like!) I did manage to clock a pretty decent time, and am feeling as though that sub 60 10k is within my reach. 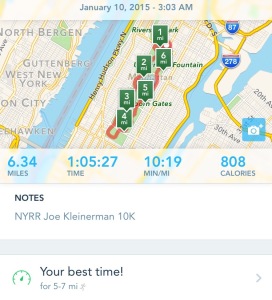 Sayville Running Company 10 Mile Run to the Brewery January 17, 2015
Now this one was a doosey! The course was mostly flat, and ran through local neighborhoods. Why I got up at the crack of dawn to drive an hour for a brewery run when I don’t drink beer, I have no idea, but it was actually super fun.

It was freezing this day too, not as cold as the 10th but cold none the less, but I did manage to stay in the 10min range for the whole race. That’s an accomplishment for me at this distance.

The after race festivities were off the chain! There were two huge heated tents set up with food galore! I mean this was a fat kid that loves cake dream race. I’m not much for sweets but they were flowing.

Since I’m eating healthy I just grabbed a grilled chicken sandwich and a bottle of water. It was so tasty I went back for a 2nd sandwich, and a 3rd and 4th to take home.

The beer was flowing heavily. If you are a beer drinker this is your race. There were all types, and all you can drink. I don’t like the stuff but did bring a cup home for hubby and he said it was really good. 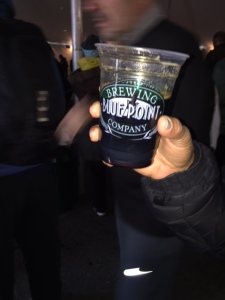 This race sells out in like 40 minutes, so if you like beer, like to run 10 miles in the cold, then this one is for you. Have your finger on the trigger to register when it opens.

I am in week 2 of my Iron Man Triathlon training, and it is fun!! I’m learning a lot, especially on the bike which I desperately need. Also improving my swimming. I thought I was good, but I thought wrong! I still have a ways to go, but I’ll get there. I think I’ll start a weekly post on my training chronicles….they are a doosey…..until next time!

Well this year was certainly eventful!

I started it off by completing my first mini triathlon in April while 6 months pregnant! That was fun! 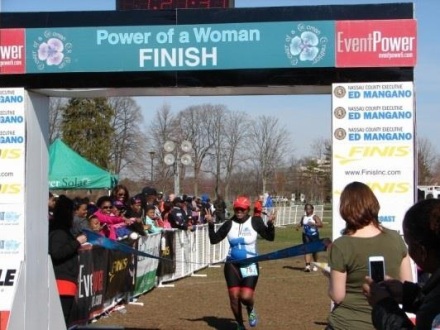 Followed that up with the Long Island 10K while 7 months pregnant, notice the hanging belly….that as a blast!

Completed a 10 miler in my hometown the Bronx!!

Braved the hills of Staten Island!

Completed my first Duathlon in a monsoon!

Trotted with the Turkeys

And rocked my natural hair….what a year!! 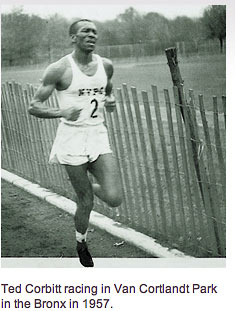 Super late on this recap, but I had to get it in before the new year since it was such an important run. This race was named after the founding President of New York Road Runners who happens to be African American, and a pioneer in long distance running Ted Corbitt. Mr. Corbitt passed away in 2007 at the age of 88. As an African American woman who never thought in my lifetime I would be participating in long distance running at the age of 33 it was an honor to participate in a race of his namesake.

So it’s official, I am qualified for the 2015 NYC Marathon, and this last race sealed the deal for me. This year NYRR is only giving people with guaranteed entry into the marathon one month to claim their spot, AND pay for the hefty entry fee of $216! Yes steep I know, but it’s a once in a lifetime experience so well worth the cost.

This was my first 15K, and although I’ve ran further it was still a little intimidating because it was a loop and a half of Central Park, which if you’ve ran Central Park you know its a lot. It was freezing cold this day so that made the anticipation of the race even worse, but I think I still managed to clock a decent time.

The first loop around the park we did manage to see the gruesome cat hill, and very early in the run which was troublesome because I knew I’d be seeing the little witch again sometime before the end of the race, and low and behold there she was at the last mile or two. Somehow I always feel lost running in the park. The first loop we saw the cat at the beginning of the race, last loop we saw her at the end, so there was some kind of detour (well not really) thrown in because I also saw Tavern on The Green the second time around, but not the first. I’ll never figure out directions in the park and just run where I’m directed to!

I think my outfit was rockin this time around. Although you can’t see my tights had a nice chevron print on them, and they are my favorite red. I also managed to find these socks in my sock drawer. I’m pretty sure I bought them last year and just forgot about them since I never run in tall socks, but they were cute so I threw them on and they were surprisingly comfortable. Although when I was running I thought to myself geesh these socks feel like they have a whole in them on the big toes, but I thought that’s not possible since they are brand new. Low and behold when I got home and took my sneakers off true indeed there was a whole in both big toes…SMH!! And yes I’m still rocking my Jamaica laces, wishing I was back there!

Oh P.S. I also got into the NYC Half Marathon via the lottery so ya girl will be running through the streets of Time Square and down the West Side Highway in March (2 things most New Yorkers will never get to do) and I am super excited. 2015 is shaping up to be a truly memorable year.

I’m a little late with my race recaps, so I’ll get to it!  A little over 2 weeks ago I completed race 8 of 9 to qualify for the 2015 NYC Marathon.  This race benefited God’s Love We Deliver which is a great cause so check out their website.  This is probably my least favorite Central Park course to run because it is so darn hilly.  If you live in NY and have run Central Park before you know what I mean.  It is the inner loop of Central Park and starts around 72nd street on the east side.  If you see this guy on your left side early on in the race you know your in trouble.  That infamous Cat Hill!  Every time I see him I wish I had some of that silly string spray to spray at him because I know I am in for a doosey of a race.

because it felt like the never ending race.  I think the hills made me pick up a little bit of speed because I just wanted to get it over with.

Overall it was a nice fast race, and I was back in bed catching some Z’s by 11am which is always a plus.  A few more pics:

Why I took a panorama of the port-a-pottys I don’t know, but I think its kool!

BGR LI, and some NYC too 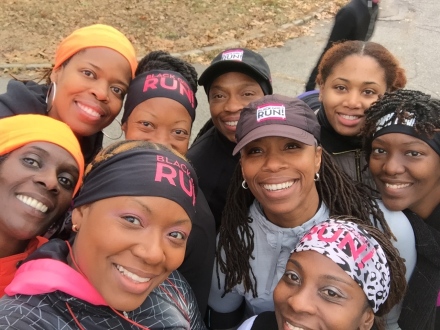 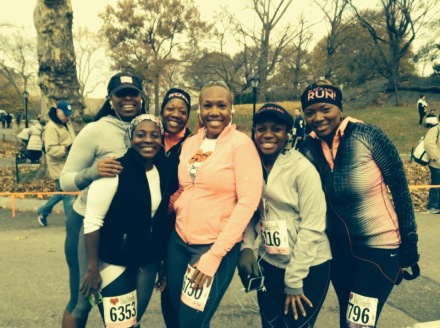 Stole this from someone…can’t remember who, but I liked it so much I had to swipe it!

I try to get out with the Tuesday morning run crew, but after getting to bed at 1am, getting up at 4:45am was not happening! So I gave myself a little xtra time, woke up at 6am, and hit the pavement by 6:15 for a solo run around the track. Now the track is usually pretty boring. There really isn’t much you can do to make going around and around in a circle fun. Here are some of my tips:

1. Run the outer lane – yes I know this is the furthest distance, but if you are doing a 3+ mile run, you’ll end up doing 1-2 laps less since you are running a longer distance. Yes in reality you are running the same distance in the end, but psychologically I’ll take running a couple laps less.
2. Ramp up your music – I like running to a playlist. I know some people don’t like running with music at all but I do…to each his own. I like fast tempo pop, house music, or rap music with a dope beat. (yes dope!) Not typically music I would listen to, but it gets me going. I just added the Pitbull and Neyo song Time of My Lives and I love it!! I can listen to it on repeat for my whole run.
3. Run with a buddy – my run today was alone, but if I had a running partner it would have been more bearable. If you can talk and run (which I can’t) it’ll make the time pass more quickly. I always think if you can hold a conversation while running you should be running faster! JMO

Well it was cold this morning, so I think that contributed to the faster miles. I wanted to get my butt out of there! I’ll keep working toward getting to that sub 10 per mile pace, my goal for 2015!